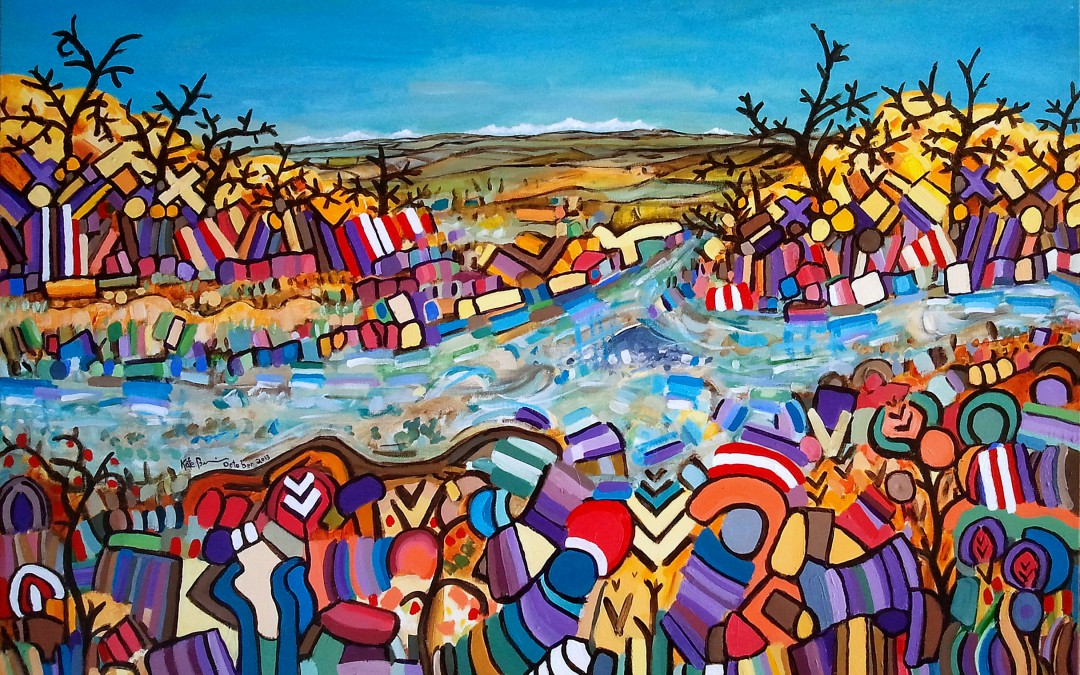 Everything pops and vibrates. Colours push and pull. Lines shake and remain still. After-image effects and star bursts…..eyes closed or open. Light in the dark; faintly pressing and spreading out. Sparks and static and little motes of visible, invisible electricity. Too bright and nearly tactile…this is the world that I see and this is how I see it. Always too much but never enough.

Bonus: A wonderfully generous write-up by my friend Karen Anderson.

And a note: I found out awhile ago that this painting, selected for the 2012 Timeraiser, was damaged and lost during the flood this summer (all the pieces chosen that year were in storage downtown until the auction winners completed their pledges). 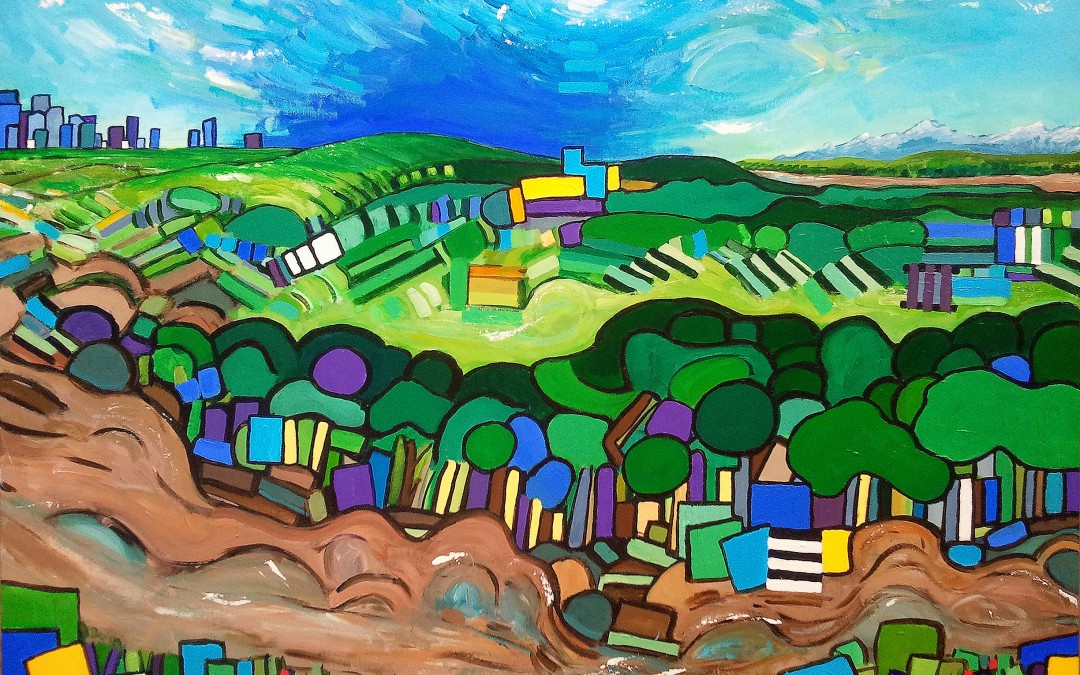 June. This painting started with a pleasant, meandering river flowing beside a line of trees…a week or two later we were drowning under a seething, roiling mass of angry brown water; and there was no way this painting wasn’t going to be affected by such an incredible sight.

And here’s what you don’t see when viewing the canvases online... 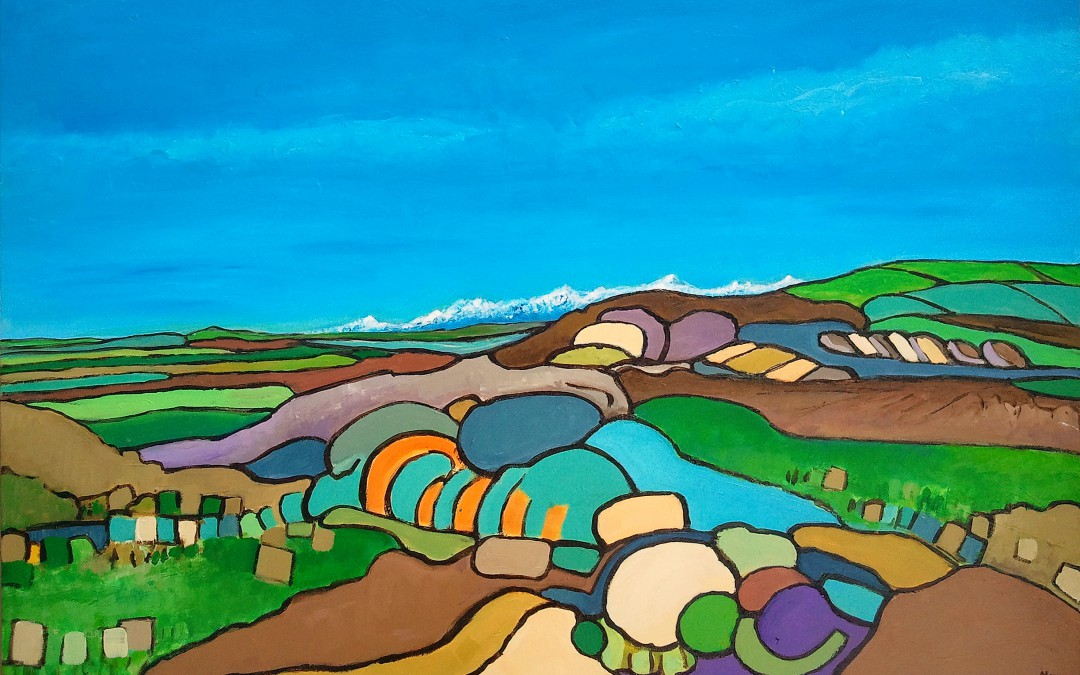 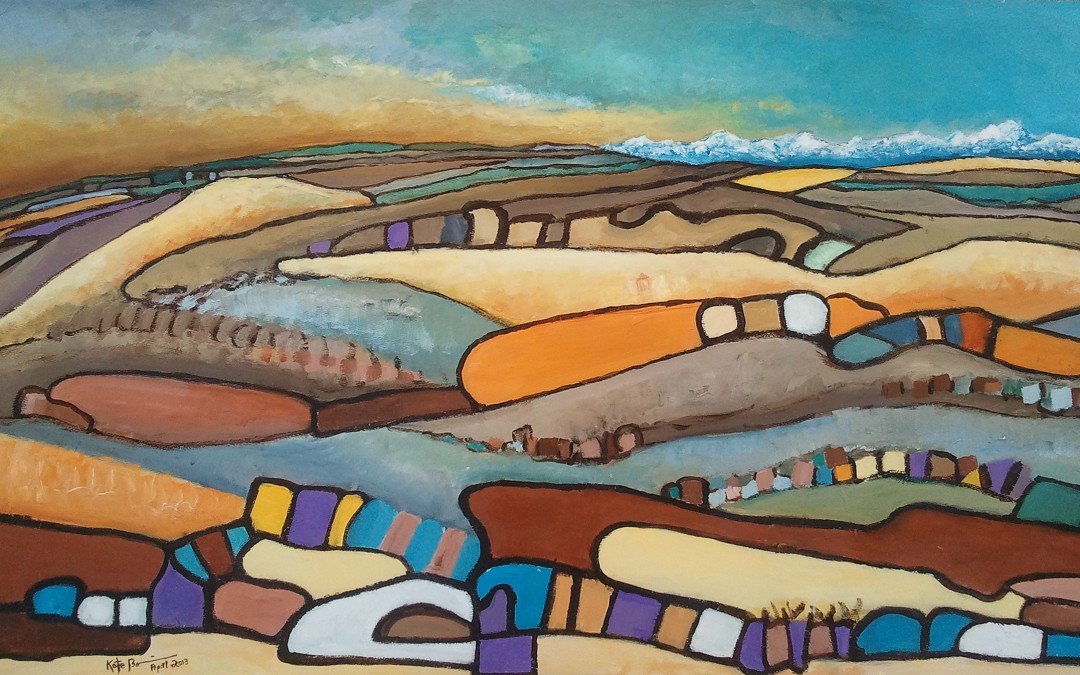 Warm sunlight. Cold biting winds. Golden brown grasses showing green. Snow-capped mountains… Spring! And another painting I am truly pleased with… and likely my last “work on paper” (for now). 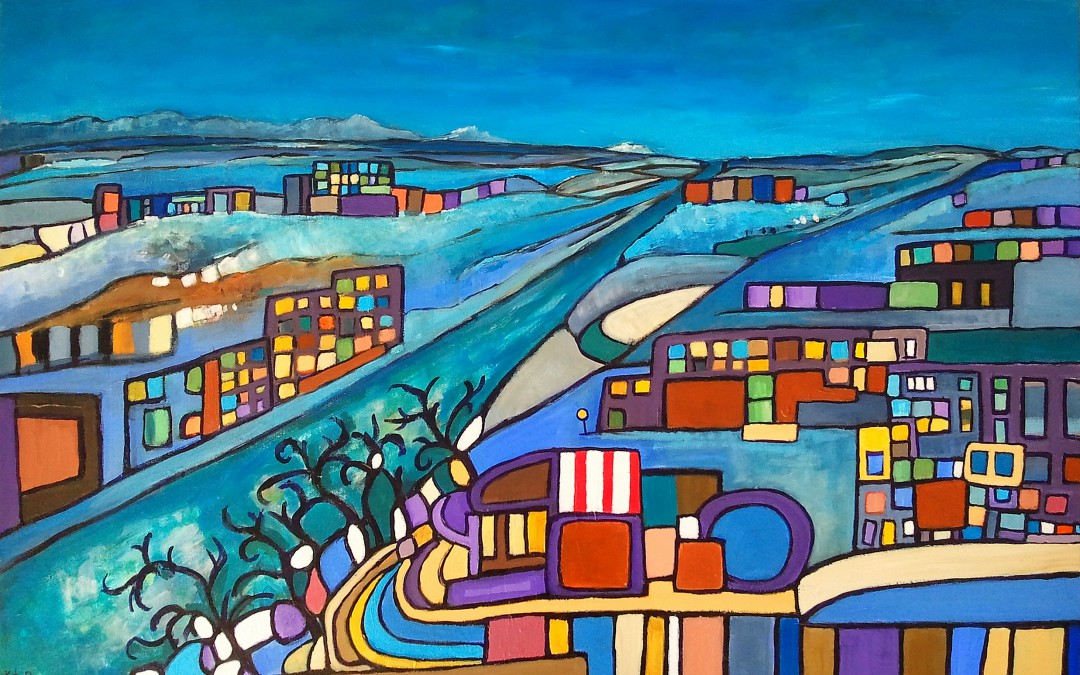 Two paintings… worked on at about the same time and now finally finished.

“Hum and Hush” took a lot of work to complete. It is a painting…a picture I had in my mind…a reflection of that time of day in winter when the sun has set and the sky is that certain shade of blue. When the lights of the city  begin to click and pop across the wide and darkening spaces.

I am so very, very pleased with it. And never more have I realized how much I need to push for what I feel is “perfection” in my paintings. Of course it’s subjective, it’s entirely up to me. And while I won’t know what perfection is in a piece until I achieve it, what matters most is that I know it can be achieved. Nothing else will satisfy, nothing else will do…

“New Year” is…just an image of a feeling. Like all my work it is an echo of experiences and memories. Pictures behind pictures.The sun sets, a year ends and a new one stretches out…